Understandably many business owners are focused on “just getting through the year” right now, while others are thriving, pivoting, and looking only forward to maximize growth from new opportunities. A successful or savvy business owner is always thinking, “What’s next?” It could be as simple as what’s the next opportunity, or what’s the next challenge? After all, it’s been that kind of year!

But the biggest questions like, “What’s next for me? Is retirement an option?” are those that only the smartest, most successful business owners ask of themselves and their financial advisors.

Do you have a business retirement plan?

Creating a comprehensive retirement plan for business owners requires a careful understanding of the unique characteristics of the individual’s needs and goals, their family dynamics, the size, and type of business they operate, and the amount of time prior to retirement.

Some businesses are set up to expand and hire more employees, while others have little desire to expand beyond the owner and family members.

Finally, some businesses are sellable and are designed to provide the owner with a substantial portion of their retirement funding needs, while others are primarily set up to generate regular income throughout the owner’s working life. In the latter situation, the owner is less inclined to depend on the sale of their business to adequately satisfy their financial needs for retirement.

What factors should I consider?

The following are important considerations in the development of a solid, well-designed retirement plan to meet the needs of business owners:

There is lots more to discuss…

Obviously, this list is a very limited discussion of all of the options available. Your goal should be to strategically create a business retirement plan that minimizes taxes, takes advantage of various aspects of the business, the ownership structure, size, and scope of the business, as well as build-in succession and exit planning strategies.

That’s what we work towards with our business owner clients – we call it developing a Business Owner Master Plan. In fact, we’ve written a 17-page white paper about creating such a plan – you can download the White Paper here or give us a call at 480-346-1283 and we will email you a PDF.

Finally, your business retirement plan, and your Master Plan if you go that route, must be adaptable to changing circumstances, such as tax rules, economic conditions, technological innovations, family circumstances, owner health, change in time, and emerging opportunities. Remember retirement planning is an ever-changing, on-going activity the requires constant vigilance and maintenance…that’s why we meet with our clients three times a year…not just once.

Our passion is helping business owners make their success their legacy. We specialize in working with business owners to create integrated financial plans for your personal life and your business; essentially organizing your complete financial life in one place.

Please reach out to us at 480-346-1283, or email hello@modernizewealth.com if you have any questions, or just want to discuss further. 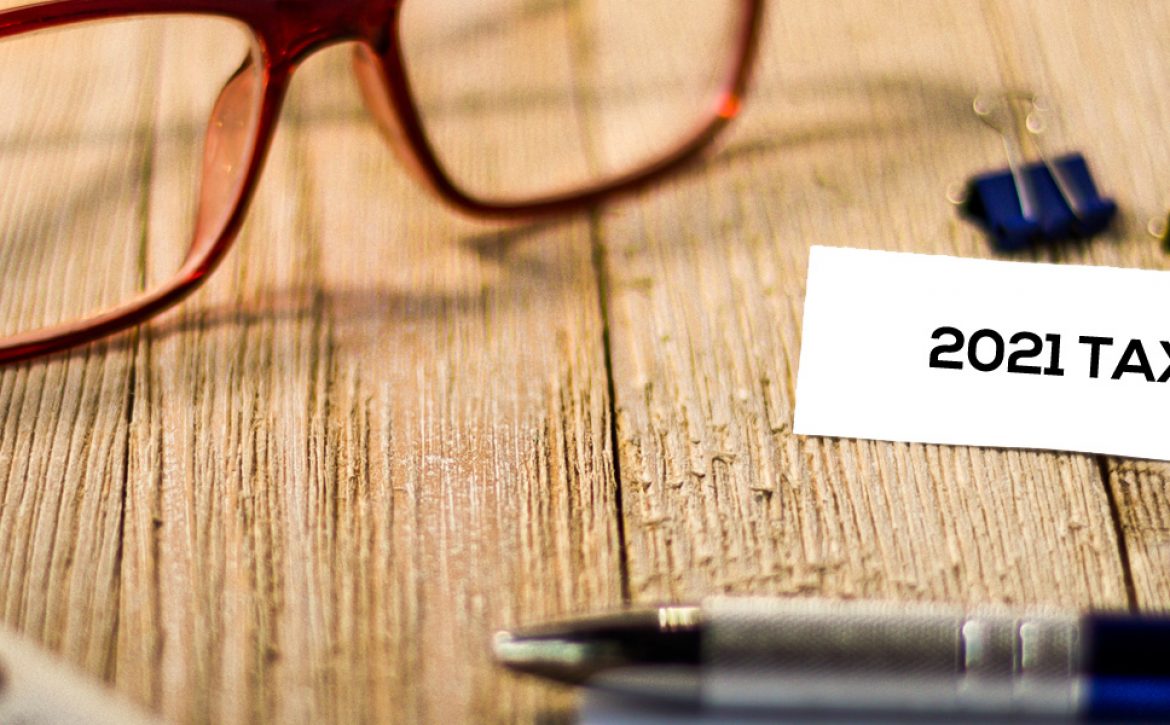 I think that we can all agree that 2020 has been a long, long year, but one thing that is finally over is 2020’s never-ending tax season! Entrepreneurs feel that they can now move on from that painful task and focus solely on running their businesses…ahhh, but should you? Not so fast!

As of writing this, even though 2020 already feels 18 months long, there are less than five months left in the year. Why does that matter? Because some of the very best tax reduction strategies require time to analyze and implement.

The more intricate the tax strategy, the more analysis, planning and implementation time will be required. Truth be told, some strategies require as much as two months to administratively and operationally complete. In addition, there are important deadlines for setting up these plans for 2020.

Here are a couple of underused strategies that you should talk with us and/or your CPA about sooner rather than later.

One of the most underutilized tax reduction strategies is the Qualified Business Income deduction or QBI. It was an important part of the Tax Cuts and Jobs Act tax bill passed in December of 2017, and it allows for the deduction of up to 20 percent of business income, plus qualified real estate investment trust dividends, and publicly traded partnership income.

To qualify you must be a sole proprietor, partnership, or S Corp. Additionally there are limitations on the type of trade or business, and the amount of W-2 wages paid. Importantly, income from capital gains, or dividends aren’t considered. As such, for the business owner who may receive both W-2 income and a dividend from the K-1 for their S Corp, strategic planning for wage versus dividends becomes critical.

Specifically, there income limits on who can take advantage of the deduction, after which phase out begins; $163,300 for single taxpayers and $326,600 for married couples. So long as the dividends paid to the owner from the business K-1 is deemed reasonable, and the household income is below the threshold, the more that is paid in dividends, the bigger will be the deduction from the QBI before the dividend is paid. Again, this requires some planning, so consult your CPA or tax professional early on any such strategies.

Another important strategy that is little understood, even by many tax and financial professionals, is called a 412(e)(3) plan. It has very specific benefits for the right situation. It allows for the owners of a small business with fewer than five employees to contribute substantially more to their defined benefit plan than otherwise would be the case, allowing for a greater tax deduction for this and future years.

A 412(e)(3) plan also provides for secure guaranteed retirement income; it is most desirable for an older business owner with younger employees, especially highly profitable businesses that are likely to continue to be profitable for the foreseeable future. Also, this plan is generally exempt from lawsuits.

Top line…How does it work?

The guarantee comes in the form of a life insurance contract if health is not an issue, or an annuity if otherwise. The contributions can be made by the employer or a custodial trust. The payments are made in frequent level installments until the age of retirement.

Have either of these strategies caught your interest? There are many other considerations that will need to be examined, since these programs have many restrictions and requirements. But if you would like to learn more about them and see if one or both may apply to you, please reach out to the Modernize Wealth team at 480-346-1283, or email hello@modernizewealth.com. 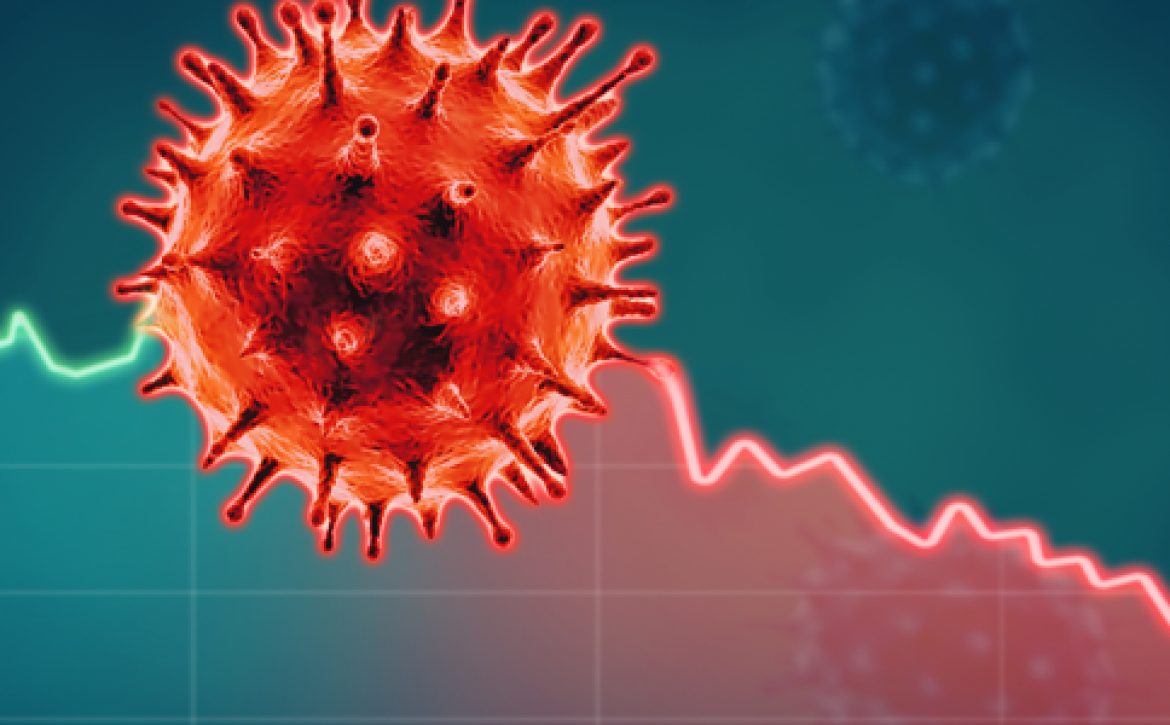 Covid-19 & the Current State of the Economy

Covid-19 & the Current State of the Economy

This morning, like most mornings, I got up, made myself a cup of coffee and turned on the business news. The commentator “buzz” was centered entirely on the upcoming Department of Labor jobs report for July. The estimated number was expected to be around 1.5 million new jobs added from June, as nervous analysts scrambled to come up with a narrative to explain anticipated disappointing numbers. Then the host cut off the conversation and turned to the reporter waiting to relay the results; the numbers flashed 1.763 million new jobs!

This pandemic has had an extraordinary impact, but it has unfolded like no other. At no other time in American history has the government sought to shutdown large swaths of the economy. The Spanish Flu of 1918 killed more than 675,000 Americans, and yet only a few towns shut down. Then came the Hong Kong Flu in 1968 which was estimated to have killed over 100,000 people in U.S., with little or no economic shutdown. Hence shutting down the economy was a shot in the dark.

As I write, we are now ending the first week in August and we know quite a bit more. GDP fell 3.4% in the first quarter and fell 9.5% in the second quarter (annualized rates were 5% and 32.9% respectively). All expectations are that the third quarter will show a substantial upside bounce.

The overall unemployment rate peaked in April at 14.7% and has fallen to 10.2% in July, reflecting a third monthly decrease in a row. Forecasts are that the unemployment rate is likely to fall consistently for the remainder of the year, but at a slower pace.

Continued improvement will depend on where and how quickly the economy opens up, as well as success in lowering the virus mortality rates. The overall consensus is that as every month goes by, more parts of the economy will re-open going forward. In total about 22.2 million people became unemployed during the March / April peak, and as of now over 9.3 million are back to work. This represents about a 42% re-employment level, and despite the wave of infections is the southwest, the re-employment effort continued.

Interestingly, the re-employment rates could significantly intensify in August, September and October as federal unemployment benefits expired at the end of July. Currently, the fourth stimulus bill is stalled in Congress. At issue, the federal benefit of $600 per week is thought to discourage many workers from re-entering the labor force since unemployment benefits exceed their employment income. Now those who have jobs waiting for them will likely return, and once that happens, in September and October we’ll get a clear picture of the long-term unemployment problem.

Now that the effects of COVID are clear; school re-openings, unemployment benefit levels, continued low interest rates, a potential executive order for a payroll tax holiday, as well as a vaccine and new treatments, will unquestionably determine the rate of re-employment and economic growth for the next six to twelve months. Oh, and by the way, in case you’d forgotten, there’s an election in less than three months!

What does this mean for the business owner? Our view at Modernize Wealth is that an extension of the Payment Protection Program, if there is one, will be more targeted towards smaller businesses, or focus on the most severely damaged industries. Additionally, the additional federal unemployment benefits, once negotiated, will likely settle in the 70% range, when you add the state and federal supplemental payment, of the individual workers’ prior employment salary to create a strong incentive to return to work.

We may quite possibly see an employer payroll tax holiday by use of Executive Order, though the constitutionality will be fought in the courts. The Fed has pretty much stated that Fed rates will stay at or near 0% until 2024, provided there isn’t an unforeseen uptick in the rate of inflation which is a serious log-term concern.

Finally, no deal will be struck by the Administration and the Senate with the House without liability protection for business against frivolous lawsuits related to COVID. Other parts of a stimulus bill will be geared towards state and local governments, while most of the rest of the House bill are unlikely to survive. Be forewarned; the is no guarantee that a deal will be reached, so plan accordingly.

COVID-19 has impacted all aspects of the global economy over the past several months.
Take the first step in minimizing the long-term financial impact on your personal and/or business finances by downloading this must-have checklist outlining the steps you can take today to help insulate your own financial plans.

If you’d like more discussion, please feel free to reach out to me by email at  john@modernizewealth.com, call the office at 480.346.1283. I encourage you to check out our News section; it  has lots of useful resources, videos, and information for business owners.

Any cookies that may not be particularly necessary for the website to function and is used specifically to collect user personal data via analytics, ads, other embedded contents are termed as non-necessary cookies. It is mandatory to procure user consent prior to running these cookies on your website.